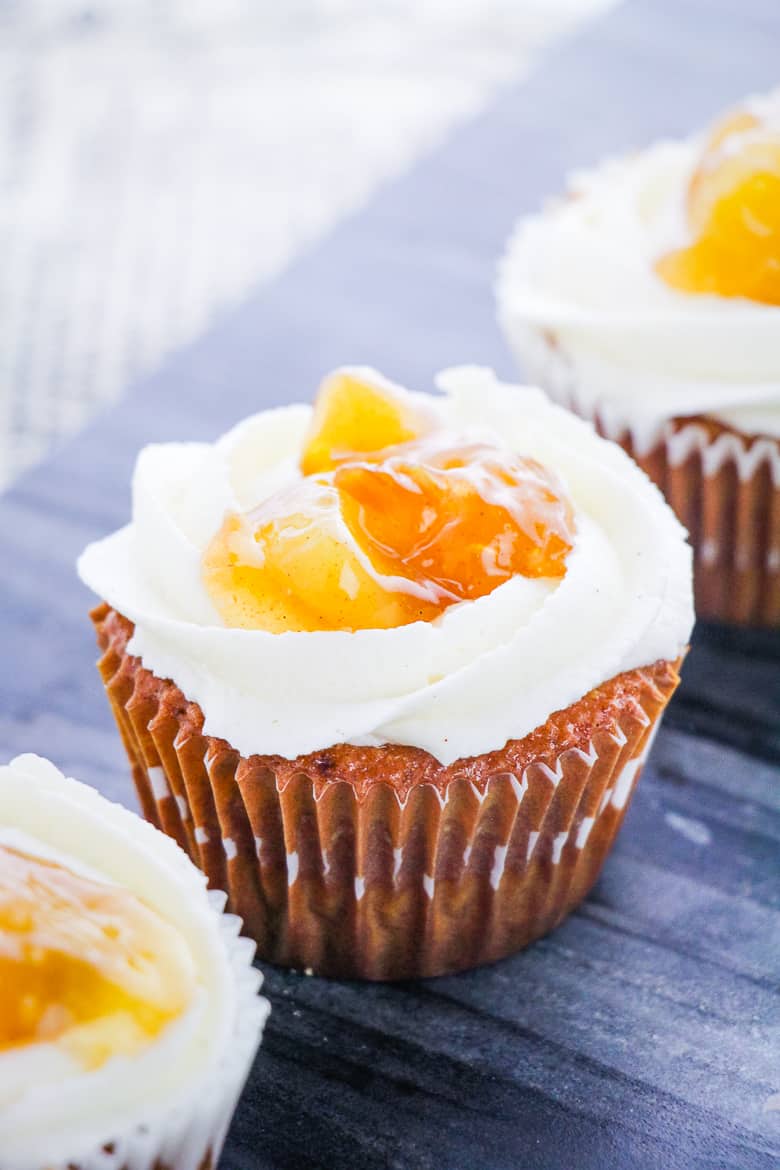 Looking for a delicious Fall or Thanksgiving dessert?

Today I have an amazing apple recipe to share with you– apple cupcakes with apple pie filling!

If you love apple pie and love cupcakes you are going to go crazy for these apple pie filled cupcakes. 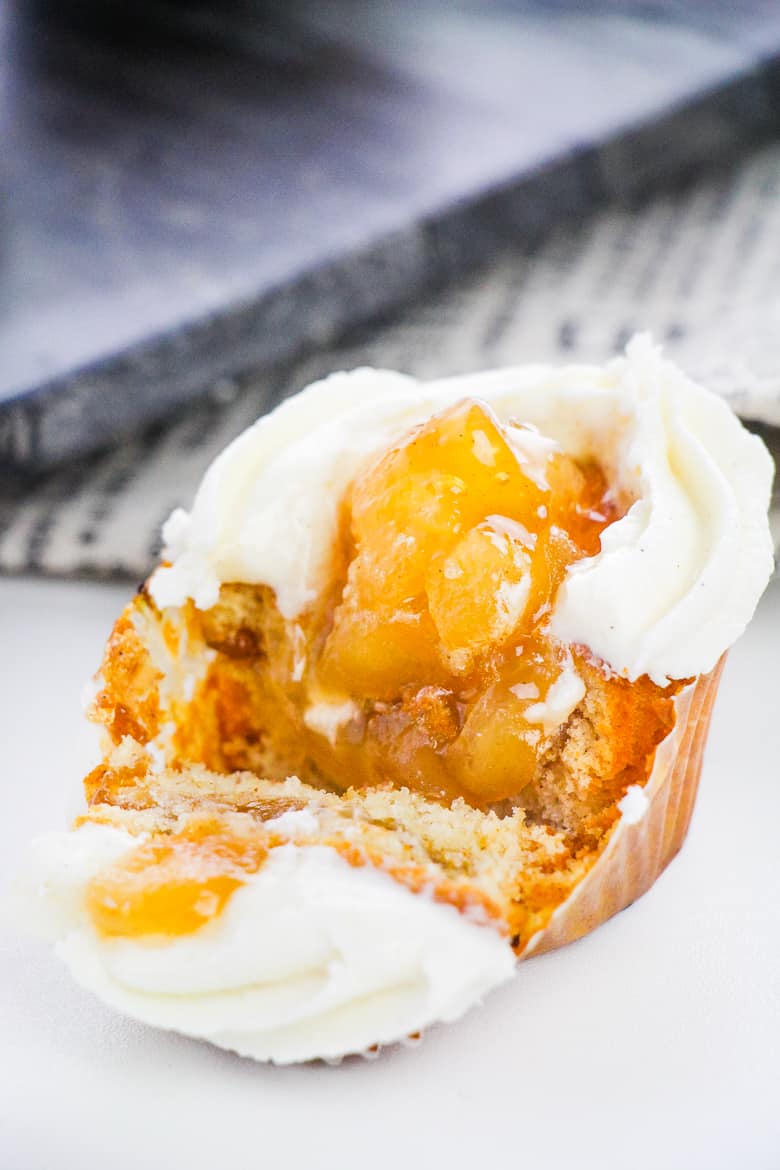 Like our apple pie crescents and apple pie cookies, this dessert tastes just like homemade apple pie but is fun and easy to eat in individual-sized portions — no slicing required!

For another easy apple pie filling recipe, give this recipe for apple dump cake a try!

How to Make Apple Pie Cupcakes

Start by gathering your ingredients and supplies.

Here is what you will need:

You will find the full ingredient list with measurements in the printable recipe card at the bottom of this post. 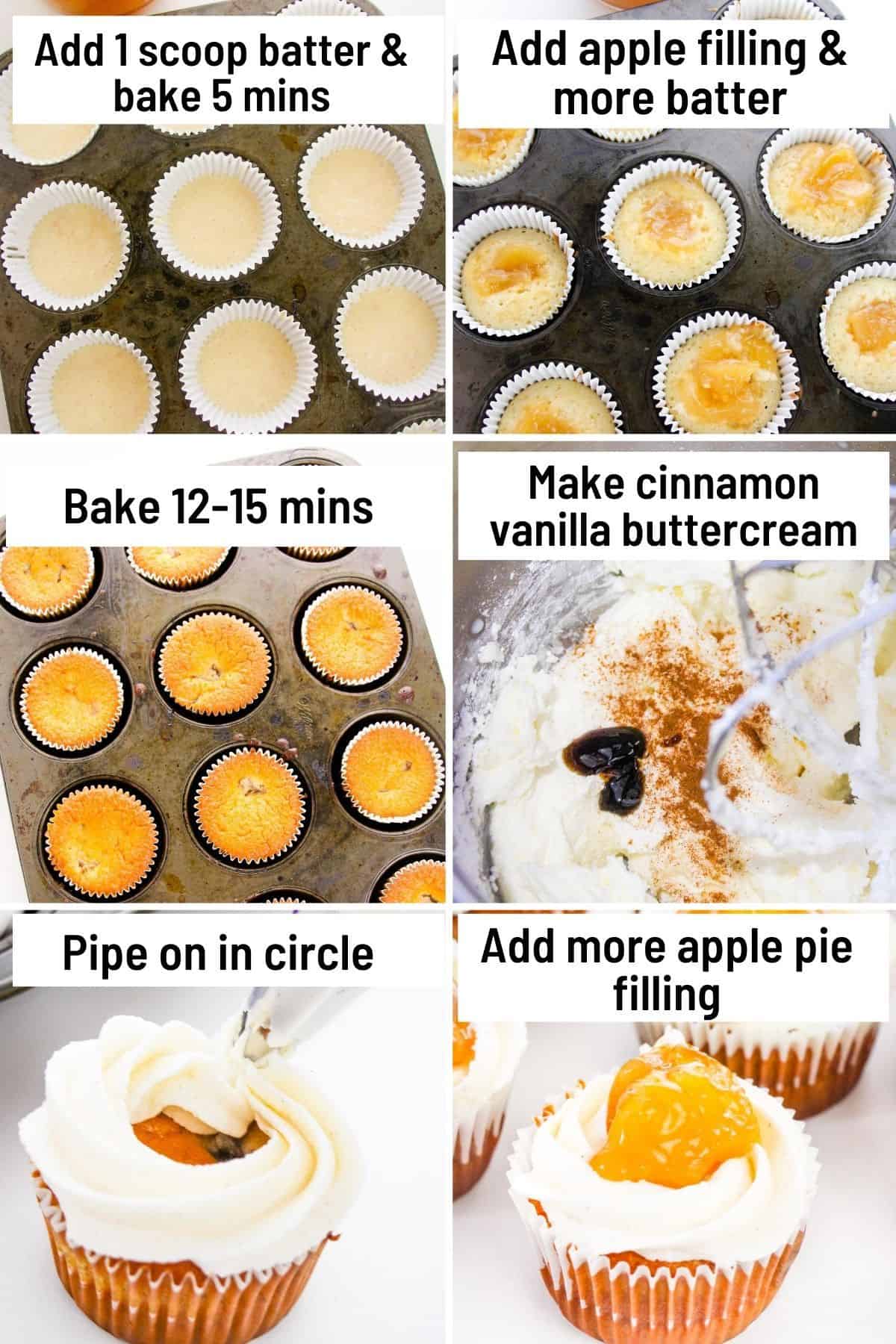 Looking for a shortcut?

We made our cinnamon cupcake batter from scratch but if you are looking for a shortcut you could easily use a store-bought white cake mix and add 1-2 tbsp cinnamon to the batter.

Either way, the apple pie filling and delicious cinnamon buttercream are what really makes these cupcakes. 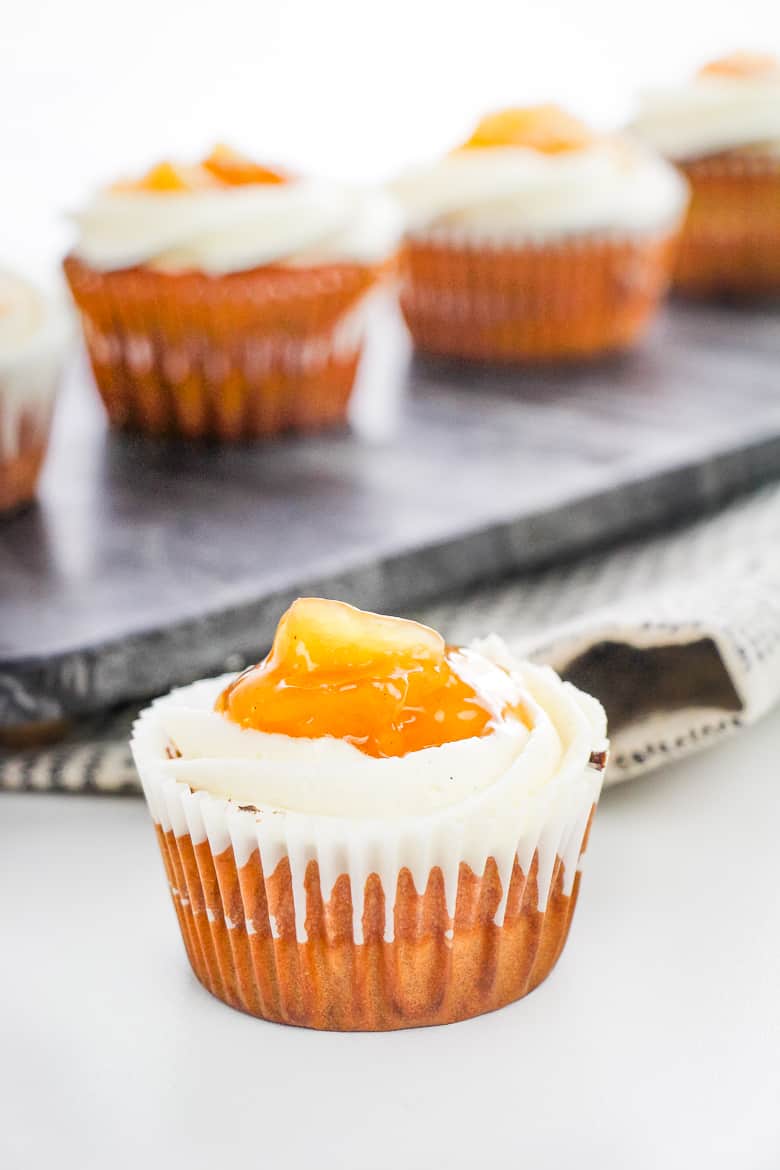 For the Apple Pie Cupcakes:

For the Cinnamon Vanilla Buttercream:

Use a boxed white cake mix with 1-2 tbsp of cinnamon as a shortcut to making the cupcake batter from scratch.

Vanilla paste can be substituted for an equal amount of vanilla extract.