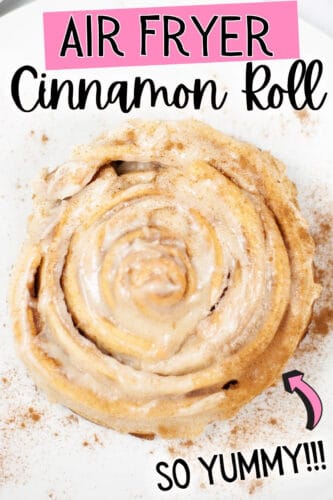 Skip the can and make the best air fryer cinnamon rolls from scratch with this delicious Cinnabon copycat recipe. 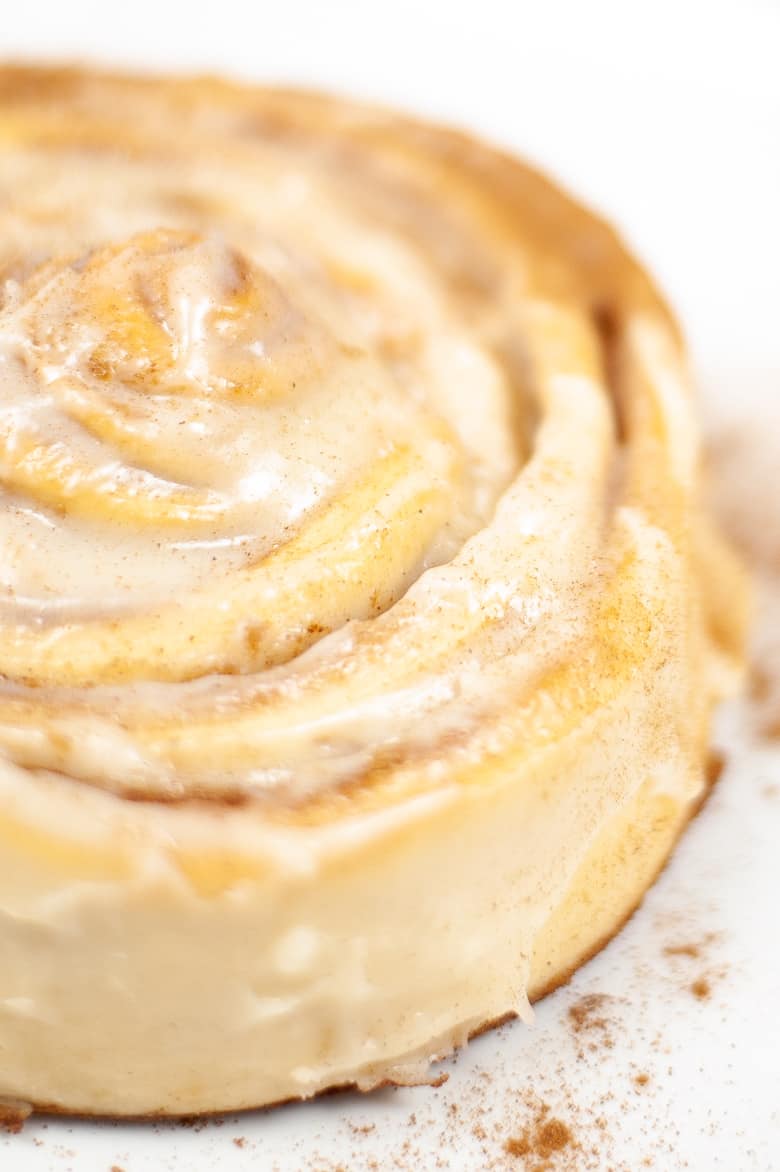 Like air fryer doughnuts, these air fryer cinnamon buns are perfect for breakfast, yet sweet enough for dessert!

Cinnamon rolls–particularly Cinnabon cinnamon rolls–have a special place in my heart. From when I was a little girl I can remember catching a whiff of the incredible scent of freshly baked cinnamon rolls wafting from the Cinnabon in our mall’s food court. It’s absolutely one of my favorite scents ever.

Today I want to share with you an air fryer cinnamon roll recipe that is right up there with Cinnabon. Only bigger. These bad boys are huge! 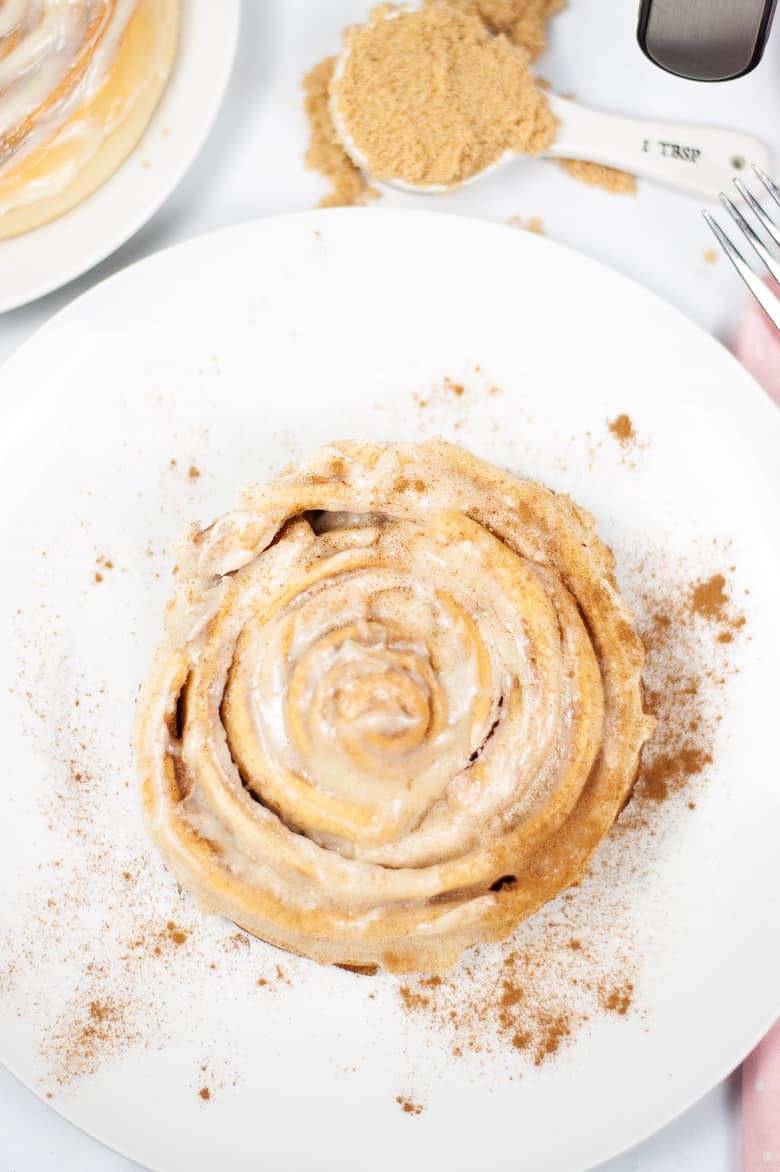 Not sure how to tell if your yeast is activated or not? If you are using active yeast, you need to add it to warm milk, add a pinch of sugar, and gently stir. Then let it sit for 5-10 minutes. You will see the yeast will begin to bubble and foam. This means the yeast is activated and you can then move on to the next steps in the recipe.

If you are using instant yeast, you do not have to let it sit and activate. 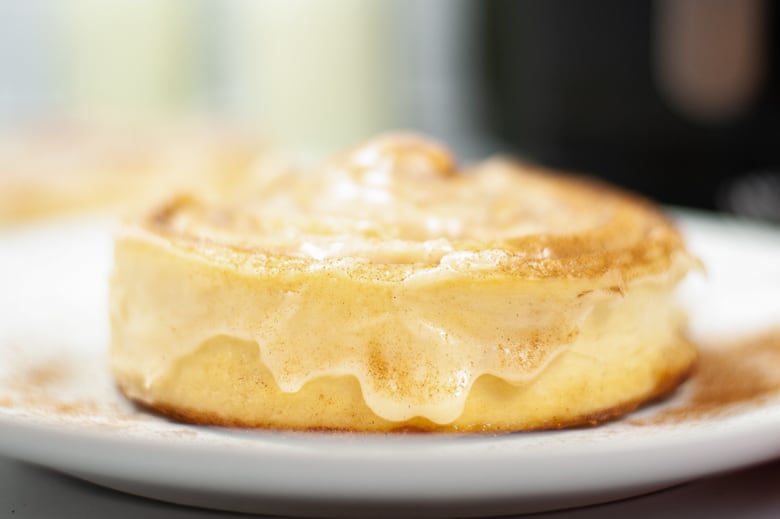 How to Make Cinnamon Rolls in the Air Fryer

Prep the dough as directed in the recipe card at the bottom of the post.

Then cover with a clean towel or plastic wrap and allow to rise for 90 minutes. The dough should double in size. 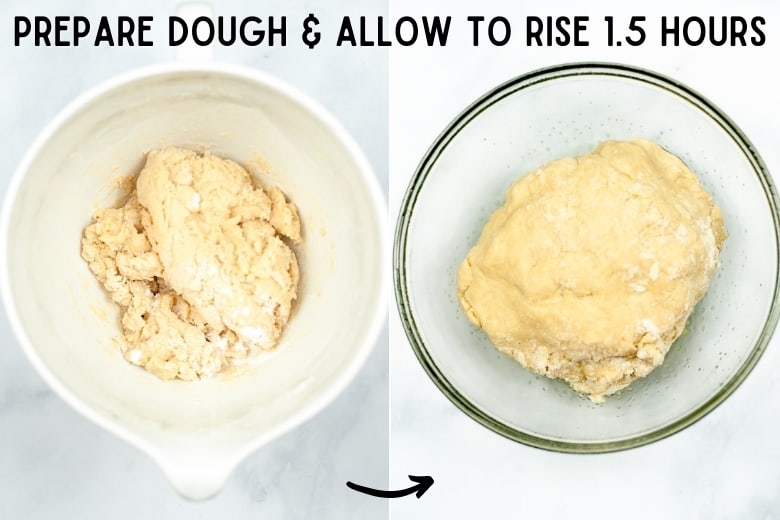 Separate the dough into two sections.

Roll one section of the dough out on a floured surface until about 12″ in size.

Spread butter on the dough, leaving the edge unbuttered. 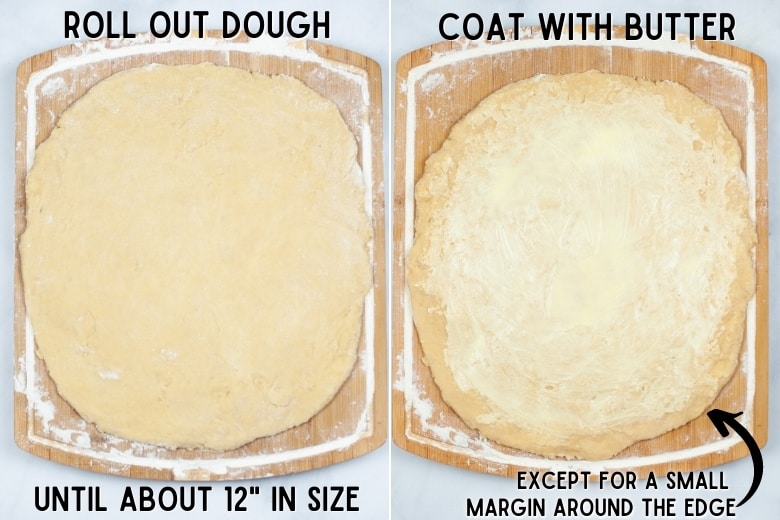 Combine cinnamon and brown sugar for the filling then sprinkle it over the dough. Use your (clean) hands to press it down a little bit so that it sticks.

Now grab a pizza cutter or large knife and slice your dough into strips. Roll the strips together to form a large cinnamon roll. 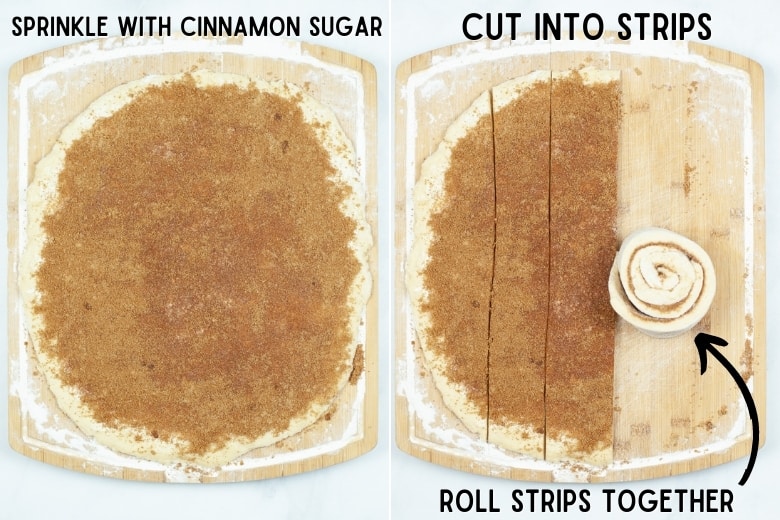 Place into a greased springform pan and let it rest for 15 minutes. 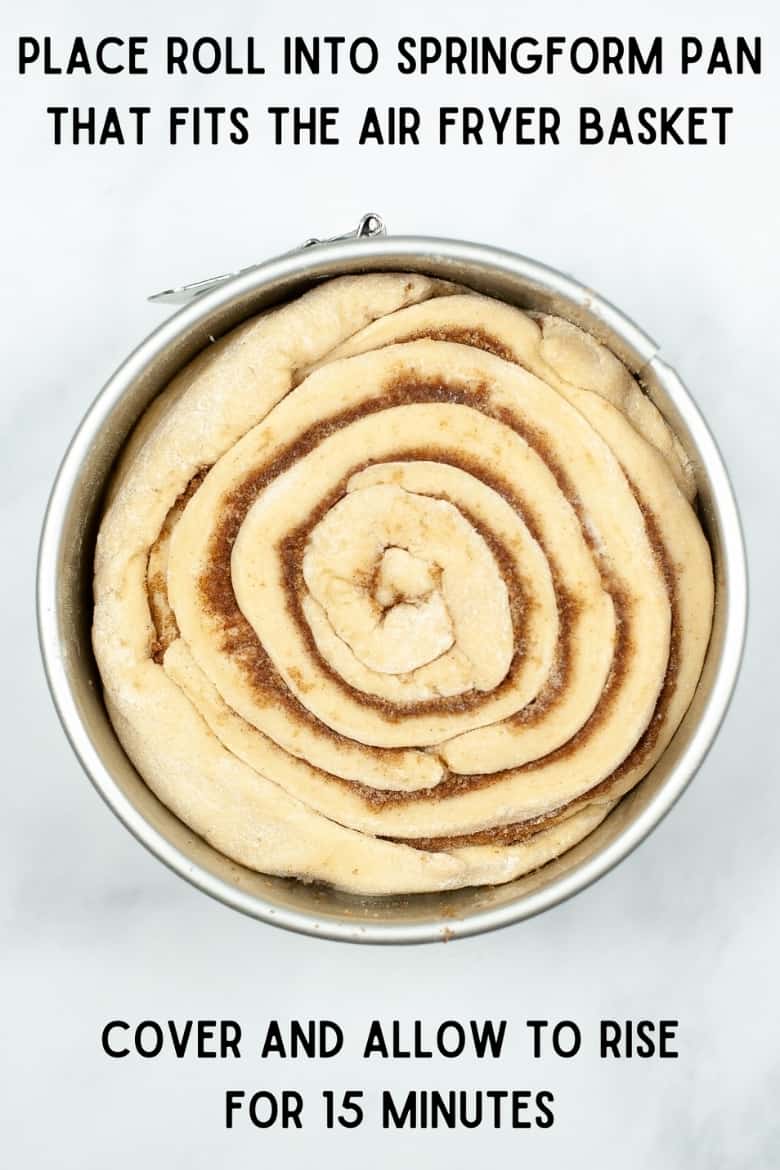 Pop the pan in the air fryer for 20 minutes.

Meanwhile, repeat the process with the other section of dough so that you can cook it when this one is finished. 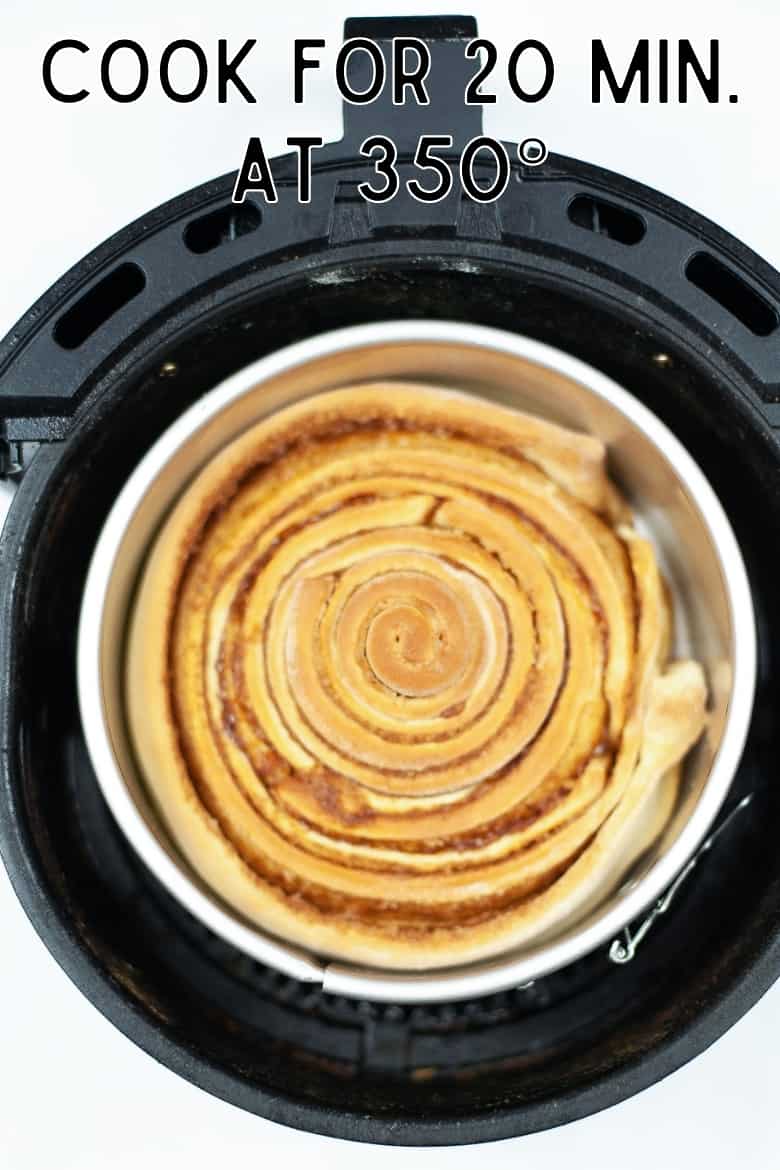 Spread the icing on top of the cinnamon rolls and enjoy! 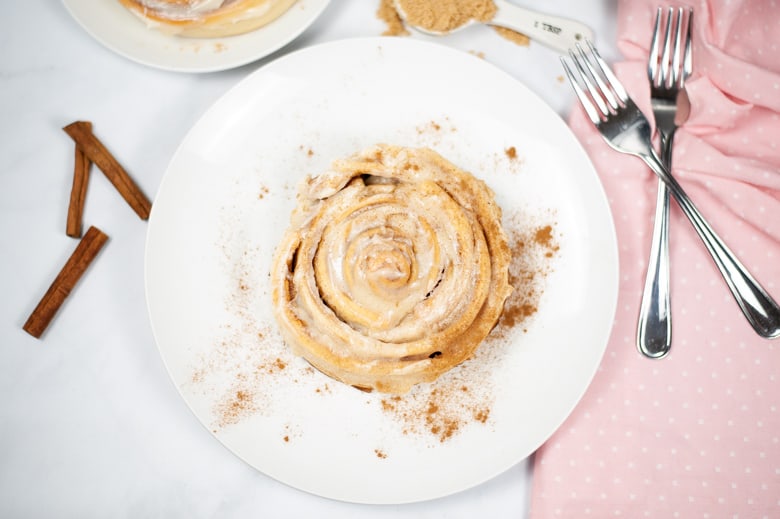 Looking for more air fryer desserts? Try these crispy on the outside, chewy on the inside chocolate chip air fryer cookies. Or these delicious air fryer cinnamon sugar pretzel bites.

In the fridge: Cover homemade cinnamon rolls with plastic wrap or place in an airtight container and refrigerate for up to 2 days. Microwave 20-30 seconds for a quick reheat.

In the freezer: Ideally, you should freeze your cinnamon rolls before icing them. Then whip up the icing when ready to serve. To freeze let the cooked cinnamon rolls come to room temperature then place in a freezer baggie or other freezer-safe container. Freeze for up to 3 months. Thaw in the refrigerator overnight then reheat in the microwave for 20-30 seconds before topping with icing. 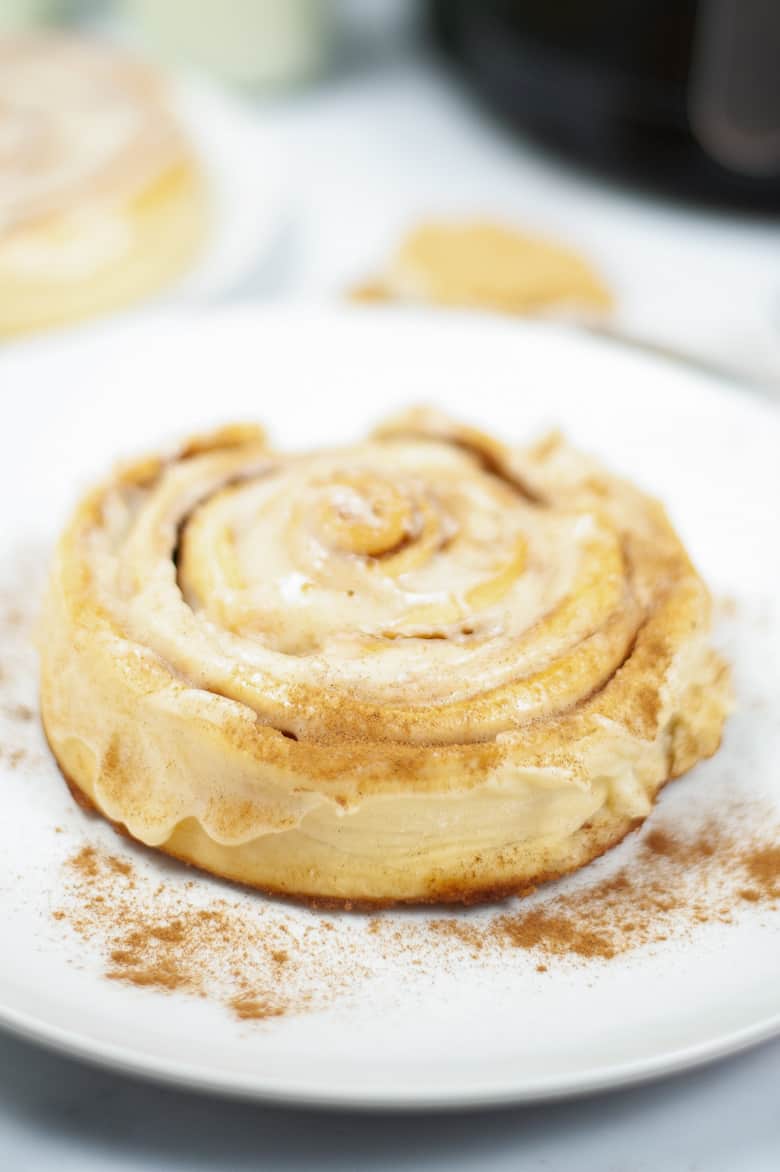 For the cream cheese frosting: 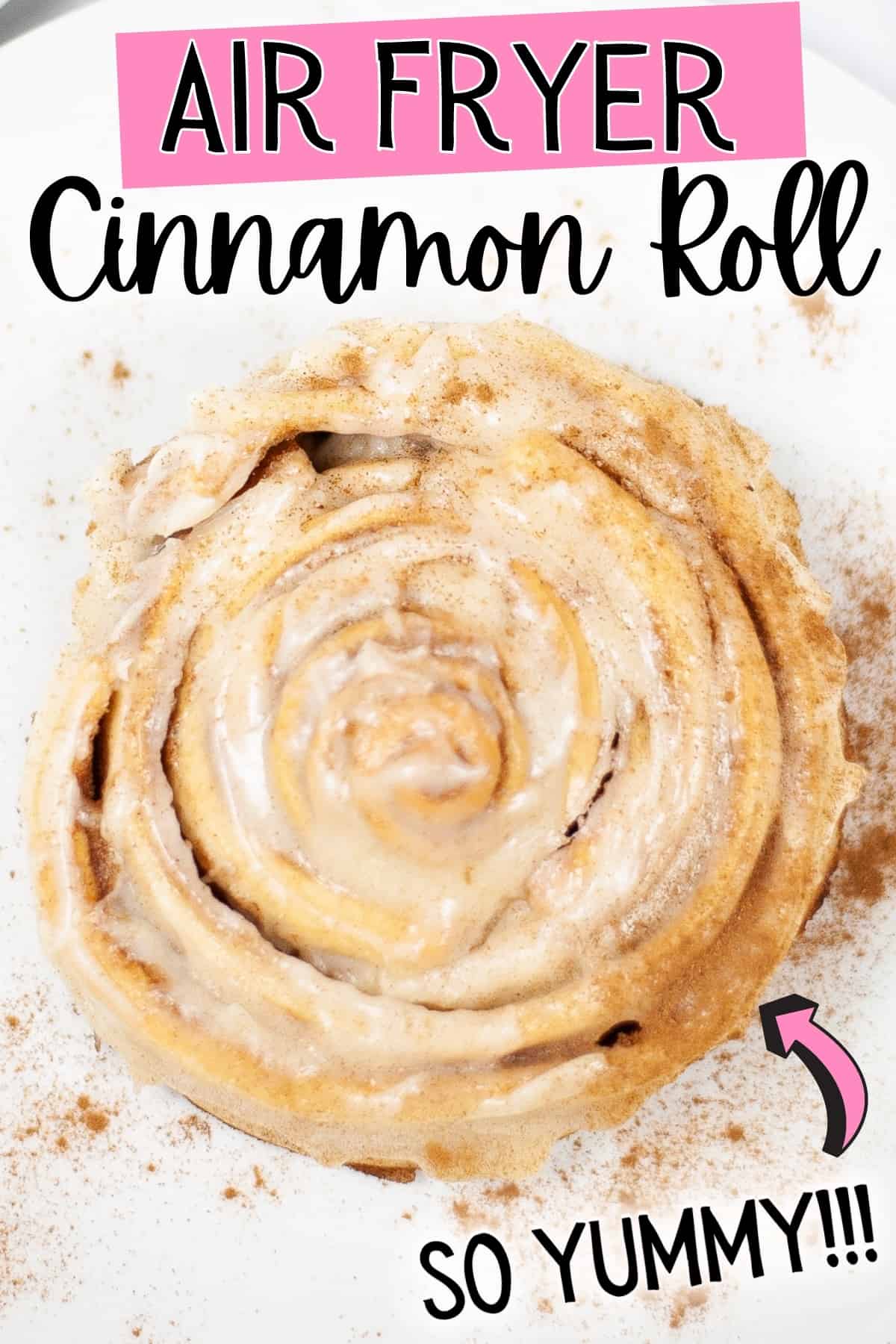