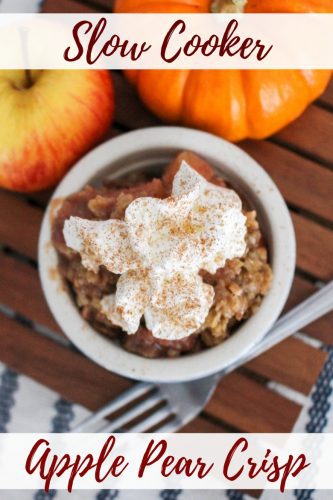 An easy apple pear crisp recipe made in the slow cooker. This warm and comforting Fall dessert is great on its own or served with vanilla ice cream. Yum! 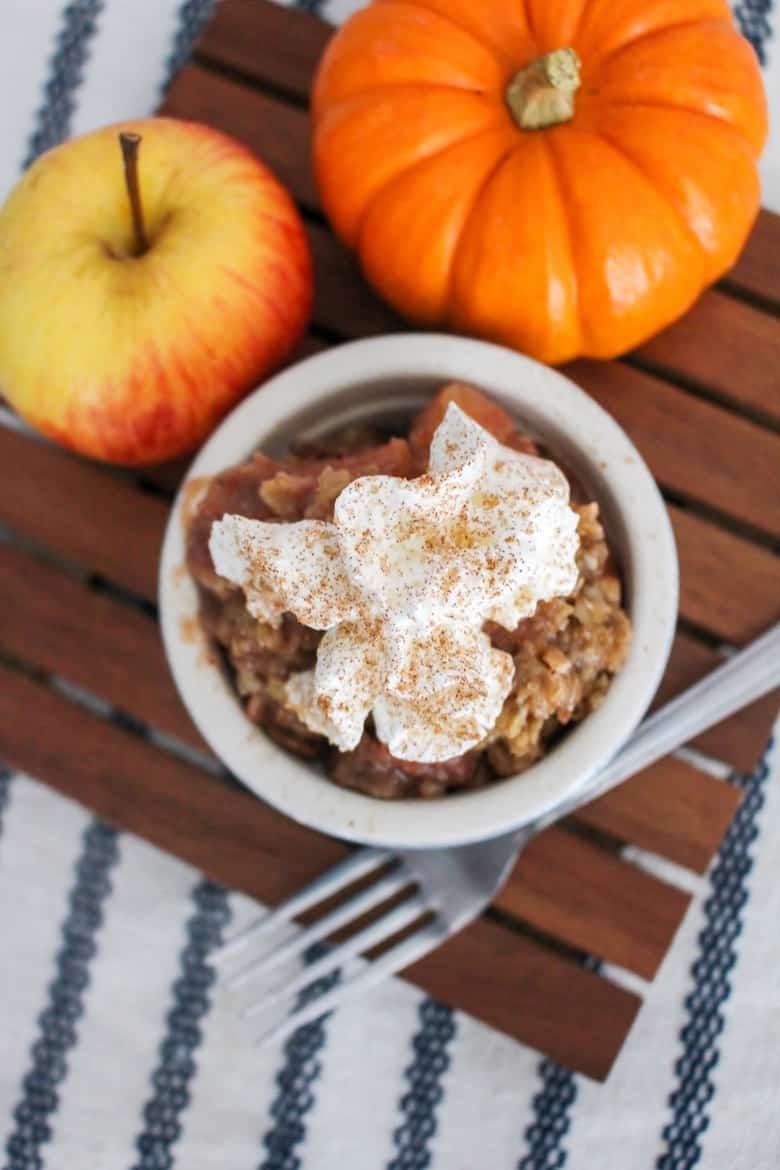 Looking for delicious apple recipes to enjoy this Fall?

This apple pear crisp is amazing and, best of all, it is super easy to make in your slow cooker.

How to Make Apple Pear Crisp in the Crockpot

Start by gathering your ingredients. For this easy crockpot dessert you will need: 3 apples, 3 pears, sugar, cinnamon, oats, flour, sugar, and butter. You will also need a bit of non-stick spray for prepping the slow cooker.

Next, core and chop the apples and pears. You can leave the skin on the fruit or remove it. That is totally up to you.

Mix together your cinnamon and sugar to make – you guessed it – cinnamon sugar.

Now it is time to add everything to the slow cooker in the following order:

Now comes a little trick to keep the crisp from becoming soggy while cooking in the slow cooker.

The trick to keeping this apple pear crisp crispy is… paper towels.

Yes, you read that right.

Simply draping paper towels over the top of the slow cooker before placing the lid on will help to absorb moisture. The result is a nice and crispy topping.

Cook for 2 hours on low and then cool briefly before serving.

And while this apple and pear crisp is delicious when enjoyed on its own, top it with a scoop of vanilla ice cream or some whipped cream for a real treat. Or better yet, top it with a bit of both!

The combo of the warm crisp with the cold and creamy vanilla ice cream is just heavenly.

I hope that you and your family enjoy this yummy apple pear crisp recipe!

« How to Keep Your Home Warm This Winter
Doughnut Bath Bombs »